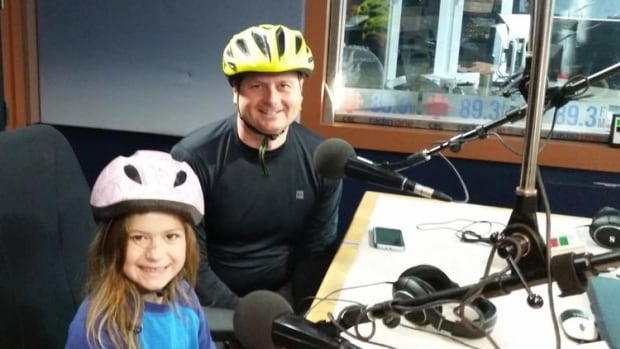 Jamie Hilland would rather see his children riding their bikes on the road than on the sidewalk.

The father of three is part of a family bike club called the Flaming Cheetahs, which works with children to ensure they have the confidence, skills and experience to ride safely on the streets of Winnipeg.

“Our club strives to teach children, if we want to put them on the road, which is the law, that they learn to signal correctly and to position the lanes, to be visible and to interact with the traffic because , as we know, cyclists have the same rights and responsibilities as vehicles, â€said Hilland.

Hilland said Bike Week is a good time to talk about the rules of the road. There are nearly 15,000 people who cycle in Winnipeg every day, a 20 percent increase since 2007, according to the Bike Week website.

Hilland said many children use bicycles to get to school and are sent without road skills.

â€œMotorists don’t expect people on bikes to fly off sidewalks,â€ he said.

Cheetahs begin to train children around the age of five with hand signals, as well as ride on residential and side roads. As the children grow older, the courses become more difficult.

â€œWe ride in a large group with the Cheetahs, so motorists in Winnipeg are generally very child-friendly and will give them plenty of space, which is great to see,â€ he said.

His 6-year-old daughter Ada is happy to have the confidence to be behind the handlebars.

â€œI love to cycle to The Forks,â€ she said.

Various events are planned for the third annual Bike Week, which runs until Bike to Work Day on Friday.