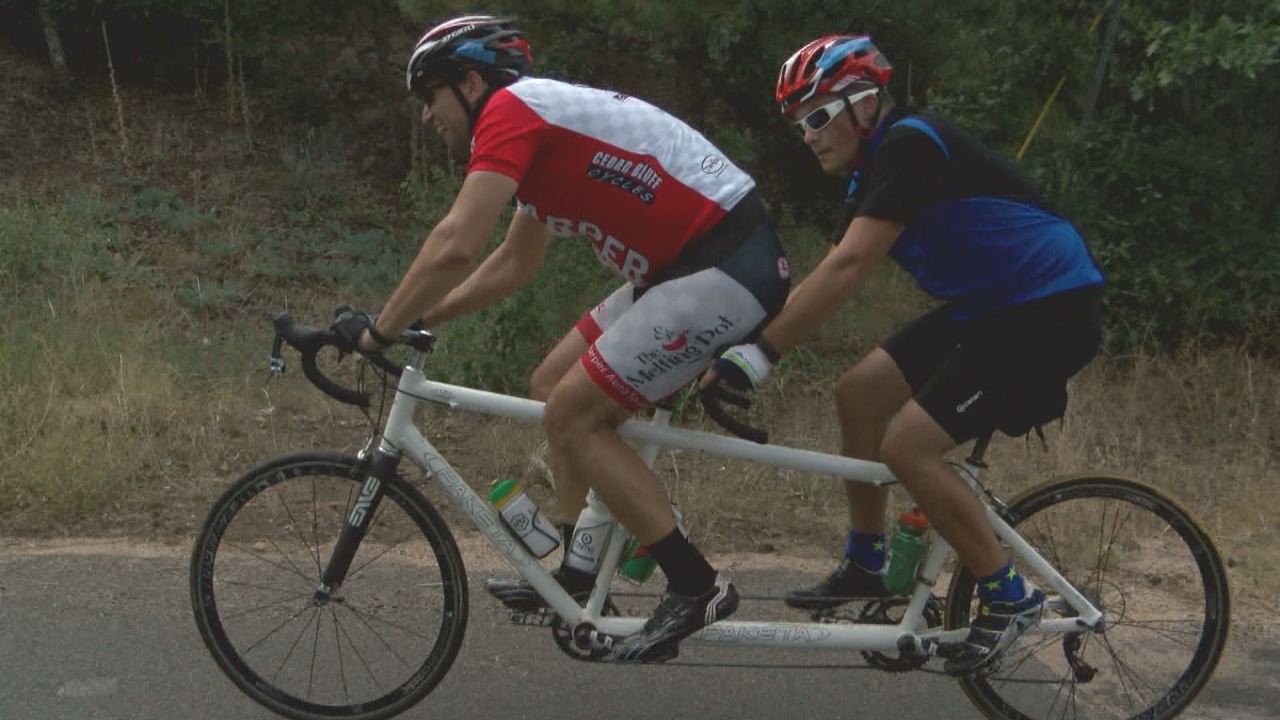 COLORADO SPRINGS, Colo .– Blind and visually impaired cyclists from across the United States participate in a camp at the Olympic Training Center.

The Blind Athletes Association of the United States is hosting the Tandem Cycling Development Camp.

This year there are 18 cyclists. Eight of them are military veterans.

On Tuesday, the riders made their way up the Gold Camp Road, working on their climbing and running techniques on tandem bikes.

During this camp, cyclists will ride twice a day, covering approximately 100 to 150 miles at the end of the camp.

When driving a tandem, don’t hesitate to give it a little boost.

â€œA lot of times when you see a tandem bike there’s probably a visually impaired person there so really if you can cheer us on we like that,â€ said Corporal Mathew Mueller, a tandem cyclist.

Mueller is an Army veteran who became visually impaired after being in a car accident in 2014 while at home on leave.

â€œWhen I broke my neck they told me that I wouldn’t necessarily be able to run or that sort of thing again,â€ Mueller said.

But Mueller got them all wrong and has been in tandem for almost 10 months now. He said he liked the fast speeds and the team aspect of the sport.

â€œIf you are in pain at least, there is someone else who is suffering and suffering and that is what I learned in the military,â€ he said. â€œWe are all going through the same thing. We sweat and bleed together and it’s the same with the tandem bike.

â€œWhen you get up from the saddle, for example to run or get out of the saddle, you have two people trying to balance the bike at the same time. maybe fall, â€he said.

Tuesday’s goal was to reach the top, but Mueller’s ultimate goal is to take his tandem skills to the next level.

â€œIn the long term, my goal is to make the national team and hopefully race for the Paralympics one day,â€ said Mueller.