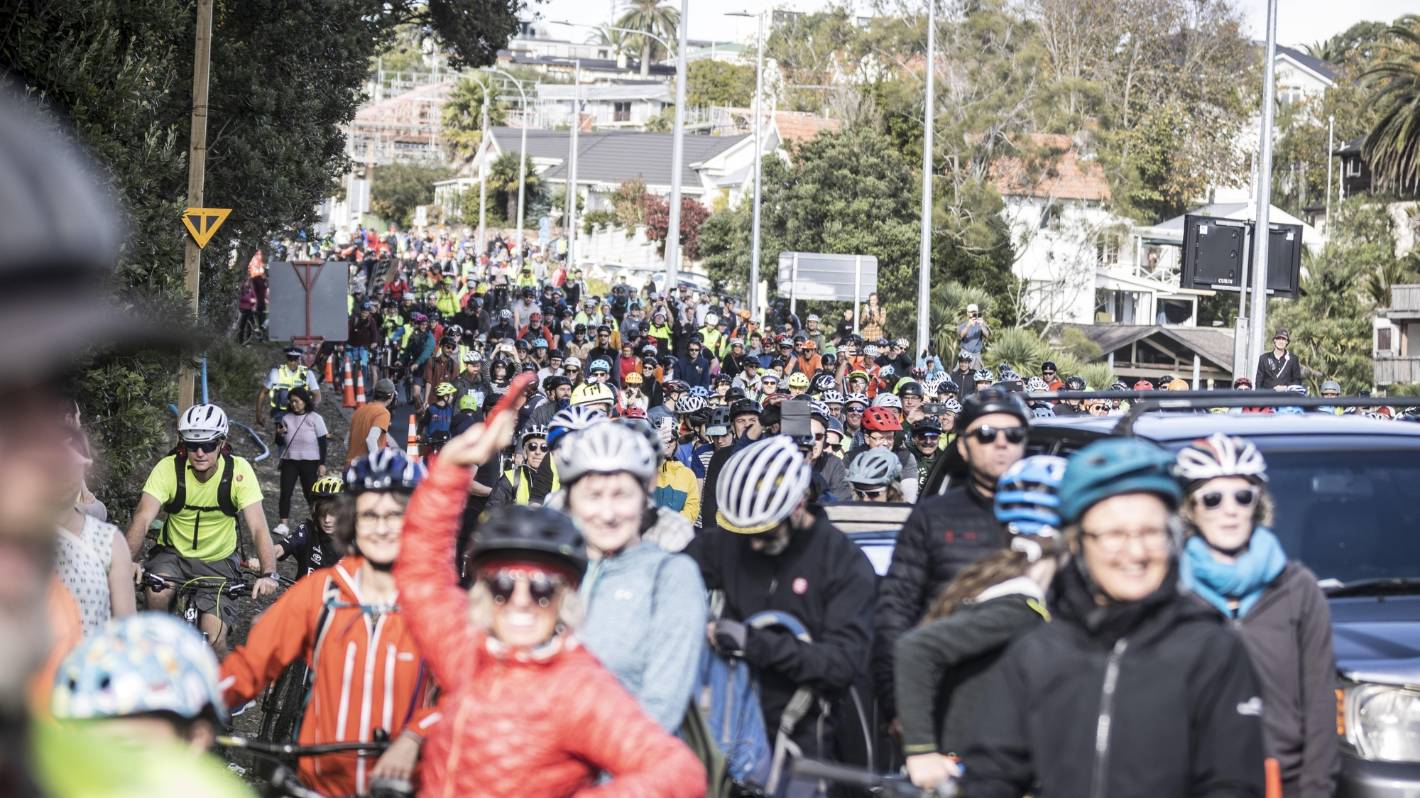 The detail: the slow wheels of cycling infrastructure

The Detail is a daily news podcast produced for RNZ through Writing and is posted on Stuff with permission. Click on this link to subscribe to the podcast.

Dr Wild is an avid cyclist and expert in cycle paths. An environmental sociologist at the University of Auckland, she has been studying healthy / sustainable transport transitions for the past five years. She has also done a lot of research on “bike lash” or negativity towards cyclists.

She and her young son were among hundreds of people who walked the Harbor Bridge on Sunday as part of the “Clear the Way” protest.

They are calling on Waka Kotahi to test a bike path on the bridge for three months this summer. The transport agency is studying converting a traffic lane to a cycle lane, but says the current barriers on the side of the bridge are not safe for cyclists and walkers. It also states that there is no protection against traffic entering a cycle lane.

Cyclists say the government has been too slow to come up with a solution, but critics of cyclists who breached police barriers to access the bridge called them cockroaches and lice on social media and urged motorists to use their bumpers to crush them. .

On the serious side, Wild says Auckland will never reach the goal of 7% “modal share” for cyclists by 2030 to meet climate goals, unrelated to the North Shore.

“What are we doing? We can’t wait 10 years for electric cars, we keep our cars for about 12 years, there is very little charging infrastructure (for electric cars), even the urban rail link will cut emissions by one percent. Ferries are full, 50 people were turned back last month trying to put their bikes on ferries, cycling is one of the first taxis out of row on the weather.