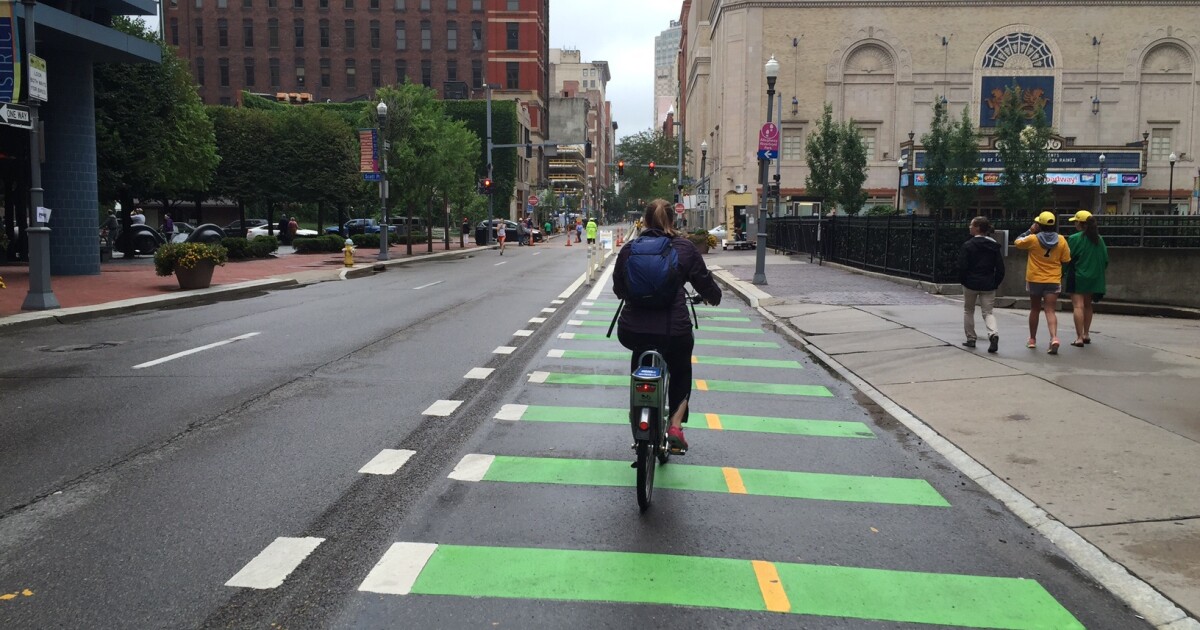 The north side will become home to the city’s new bike lanes.

The City of Pittsburgh is installing bike lanes on East Street on the North Side, between Suffolk Street and Lareda Street.

In September, the city installed bike lanes along Bigelow Boulevard and Bayard Street in Oakland.

Kristin Saunders, bicycle and pedestrian coordinator for the city of Pittsburgh, says the plan is to expand bicycle infrastructure even further.

Saunders said the city will host a workshop next month with the National Complete Streets Coalition, a nonprofit dedicated to ensuring street design benefits all modes of transportation.

They will host a workshop with city employees and community groups involved in transportation and draft a comprehensive streets policy in a day and a half, according to Saunders.

She says the city is also working on plans to apply for a federal Transportation Alternatives Program grant through PennDOT, which could help fund some of the plans that came out of the workshop.

“It’s just about moving away from designing for one mode of transport,” she says, “which has long been the car, and designing for all modes.”

No matter where they ride, she said cyclists should be alert and aware of everything around them, just like drivers do when driving a car.

Current laws state that cyclists must have a bright front light and a reflector in the rear, but the more light a cyclist has, the better, according to Saunders.

“Especially as we move into a kind of winter and darker months,” she says. “I have a lot of lights on my bike, but it doesn’t really hurt you to have more.”

She says drivers also need to be aware when sharing the road with cyclists, and she suggests drivers try to ride a bike to understand what it’s like to be a cyclist on the road.

“It’s hard to know what it’s like to be a bike on a road with lots of heavy, fast vehicles until you’ve done it once,” she says. “And then I think you’ll be much more aware of how that cyclist is feeling and… how vulnerable it can be to share a road with vehicles.”

She says that as winter approaches, the biggest safety concerns for cyclists are visibility and staying warm.

The City of Pittsburgh is a member of the National Association of Transportation Officials, which brings together several cities across North America to meet and share ideas on cycling infrastructure.

“If we have, say, a problem with a bike lane and we’re having trouble understanding the design details, we can take it to a large group of bike professionals and pedestrians across the country and get feedback, which is something we’ve used it many times and it’s really, really valuable,” she says.

She says Pittsburgh looks to many other cities for examples of cycling infrastructure, including New York and Philadelphia.