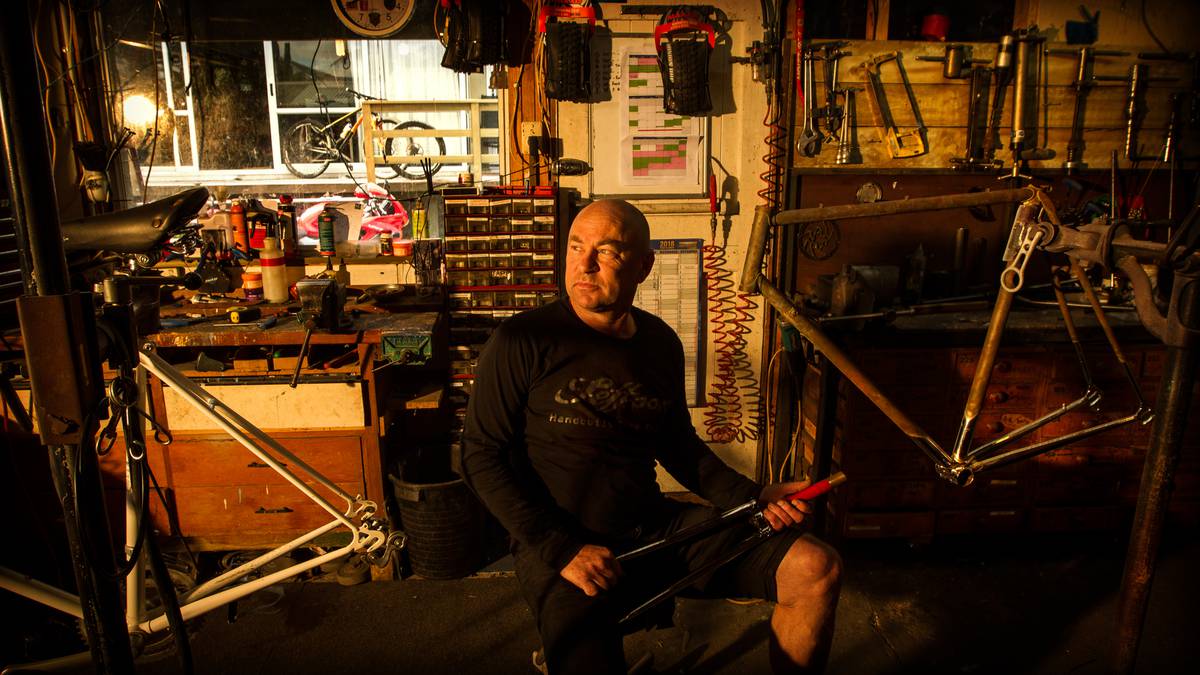 Anderson, 58, is well known for helping others but is now the subject of a call for help from his family who set up a Givealittle page to help raise money for his recovery. An online auction has also been set up, with all proceeds going to the page.

The bike builder, mental health advocate and 2019 Dancing for Hospice contestant was lying in bed at 4:30 a.m. on March 13 when he suffered a first stroke, his son Shanan Whitlock said.

While in hospital later that day, Anderson suffered another, much more debilitating stroke.

“He was fine, obviously feeling the normal effects of a stroke, but he had a second one in 24 hours. It obviously did a lot of damage,” Whitlock said.

After the second hit, Anderson lost the use of the right side of his body and is currently unable to speak. The full impact of the stroke will not be known for some time. He remains in the hospital recovering.

A stroke can affect a person’s ability to raise their arms, blur speech, and make their face droop.

Whitlock said his father spent a lot of his time sponsoring events, mentoring talented young mountain bikers such as Jenna Hastings and Lachie Stevens-McNab, and helping countless people with their bikes through his company Jeffson Bikes (also known as the name of Kiwibikes). For Anderson, helping others was the norm.

“You basically can’t go anywhere or do anything without having to stop and talk to someone. He’s done a lot for a lot of people in the community,” Whitlock said.

Now, Anderson’s family is hoping some of that goodwill will come back to him.

“We couldn’t get this page up fast enough. A lot of people asked if they could make one for him.”

“Another reason for that is obviously as a stroke victim you don’t get ACC or anything like that. If he’s not able to move or use his right side of his body, he could eventually end up in a wheelchair and there are a lot of modifications to be made around the house,” Whitlock said.

An online Velo.creations Paintwork auction has also been created, selling custom designed skate decks, with all proceeds going to the Givealittle page. The auction runs through Sunday, and people can go to the company’s Facebook page for more information or to place a bid.

“The support from the Friends community has been absolutely amazing. We can’t thank them enough,” said Whitlock.

Whitlock said his father was a loving husband to his wife Janelle. The two celebrated their wedding anniversary Sunday at the hospital.

Anderson’s other great loves were his family, the Rotorua cycling and mountain biking family, helping others and his dog Sky.

In 2018, Anderson spoke publicly about overcoming her personal battle with severe depression to raise awareness about mental health. He spoke about the importance of connecting with family, friends and people in the community as part of his healing.

For years Anderson worked on bikes in his garage, but about 12-18 months ago he finally opened his own separate workshop. Returning to that hangar would be a key part of his recovery, Coull said.

“It’s been his dream for a very long time; to have this workshop so that he doesn’t just work in the garage next to the house, which he has always done.

“He’s going to want to come back to that hangar more than his customers. We want to give him the best chance to do that.”

If you would like to help Anderson’s road to recovery, the Givealittle page can be found here.

Common early symptoms of a stroke include:
– sudden weakness and/or numbness of the face, arm and/or leg, especially on one side of the body
– sudden blurring or loss of vision in one or both eyes
– sudden difficulty speaking or understanding what others are saying
– sudden dizziness, loss of balance or difficulty controlling movement
A stroke is a medical emergency. Call 111 immediately if you find yourself – or see someone else – experiencing any of the symptoms below. Not all strokes are sudden and disabling. The earlier medical attention is received, the less damage a stroke will cause.
Source – The New Zealand Stroke Foundation