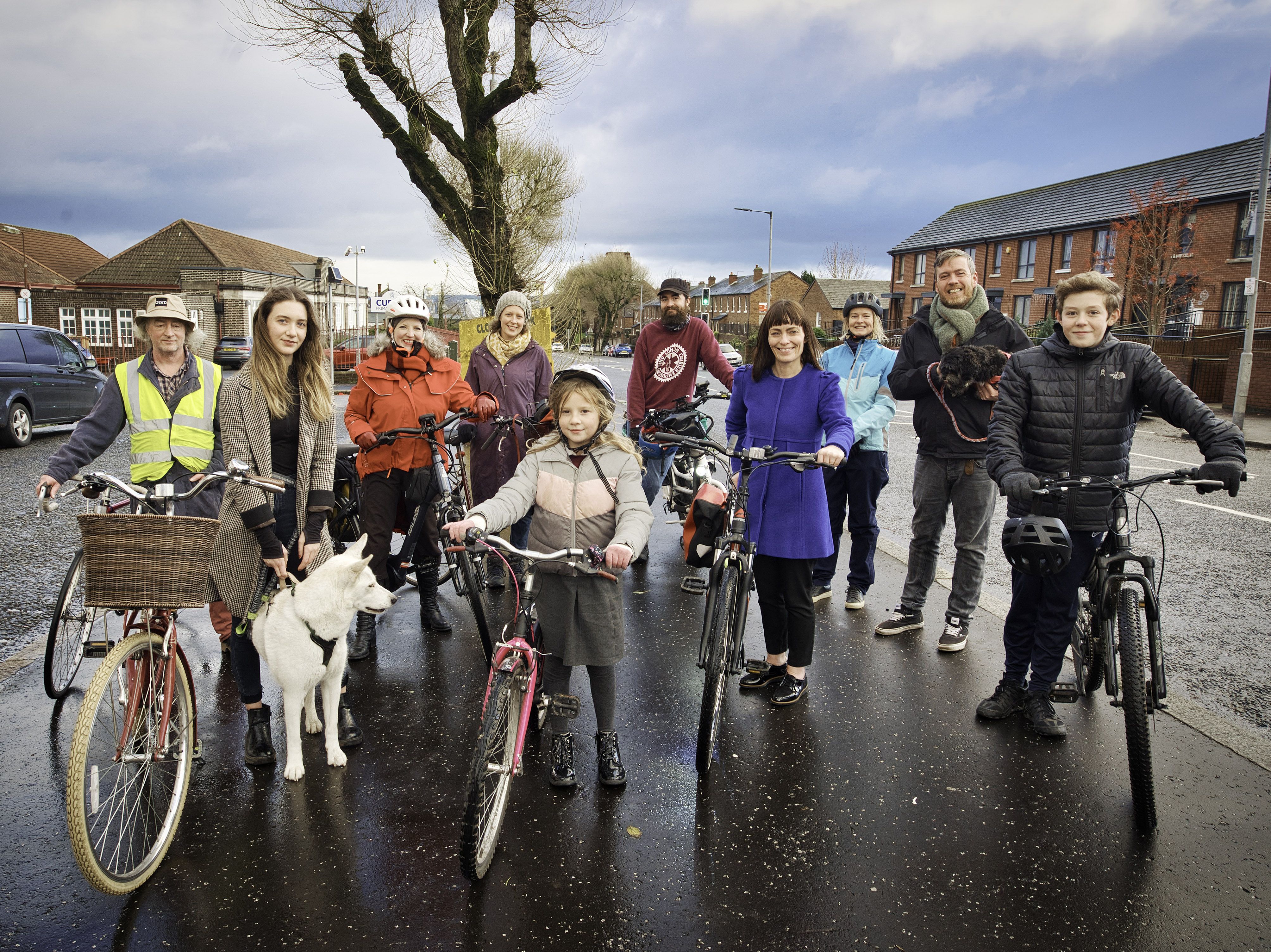 A group of LOCAL residents have launched a campaign for better cycling infrastructure in North Belfast.

The North Belfast Cycle Campaign brings together a range of everyday cyclists, including families who go to school and commuters who have come together to campaign for safe and well-integrated cycle paths in the region.

A key initiative that prompted the group to form was the announcement of a protected cycle path on the Limestone and Cavehill roads as part of the Belfast Cycling Network Plan. Work is expected to begin on the Limestone Road section in the new year.

The main objectives of the Campaign are:

1) Support the development of the Cavehill Road / Limestone Road cycle path and connections to downtown and beyond.

2) Promote the benefits of active travel in North Belfast.

3) Connect with other cycling activists and advocate for active trips to Northern Ireland and beyond.

Clare Moore, one of the founders, has been campaigning for better cycling infrastructure in the region for 30 years.

“If you compare the cycling infrastructure in north Belfast to the south or the east, we are really underserved,” she explained.

â€œWe want to correct this and believe it will help regenerate and improve this part of the city.

â€œI think there are a lot of people who would be interested in cycling but maybe too nervous, and I understand that.

â€œA protected cycling infrastructure is necessary so that people can make their first trip to the shops by bike. “

â€œThe cycle path on the Limestone and Cavehill roads is a key route into the city center for schoolchildren, commuters and shoppers.

“We really want to see that built and help people travel by bike, which will have all kinds of benefits for our health and the environment.”

Speaking afterwards, the Minister said: â€œI am delighted to be part of the launch of the North Belfast Cycle Campaign.

â€œI want to thank the group for their encouragement and support for better active travel routes in the city and look forward to working with them to build the Belfast Cycling Network.

â€œGroups like ‘North Belfast’ have a key role in promoting the ‘active travel’ message and I wish more groups that advocate cycling and active travel would generally come together in the city to help promote and spread the word about the benefits of walking, riding and cycling.

â€œGroups like this can also be of great support for people who are ready to consider leaving the car at home and becoming active in their daily commute. They are also of great support to my ministry by helping to develop better cycling infrastructure in their regions.

Do you have anything to say on this matter?
If so, why not send a letter to the editor via this link?