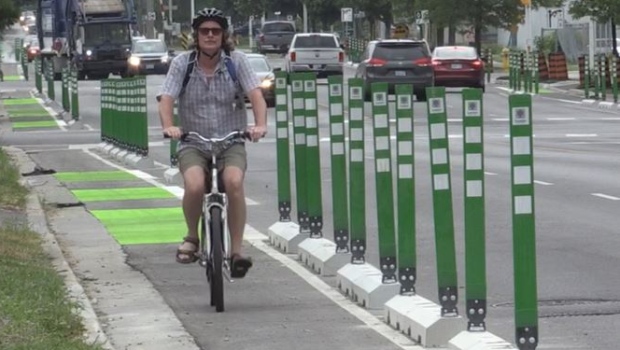 Political push to take cycling infrastructure to the next level with $ 3.3 billion fund

In a letter to the Civic Works Council (CWC), the Council. Elizabeth Peloza is asking the city administration for a list of infrastructure projects for cyclists and pedestrians that may be eligible for funding under the federal government’s new COVID-19 community resilience program.

Peloza wants city engineers to consider future projects in the City Hall Cycling Master Plan (2016) that may be eligible for funding.

â€œThe funding stream includes the ability to speed up construction of these (projects) and other active transportation projects, at lower cost to municipal taxpayers,â€ Peloza writes.

The funding stream announced in August is part of the larger Invest in Canada infrastructure program.

The new stream includes $ 3.3 billion for projects that build resilience to pandemics and support physical distancing.

The federal program would cover up to 80 percent of the eligible costs of approved projects.

The letter to the CWC is co-signed by Deputy Mayor Jesse Helmer and City Councilor. Shawn Lewis.

It will be discussed by the committee on September 22.