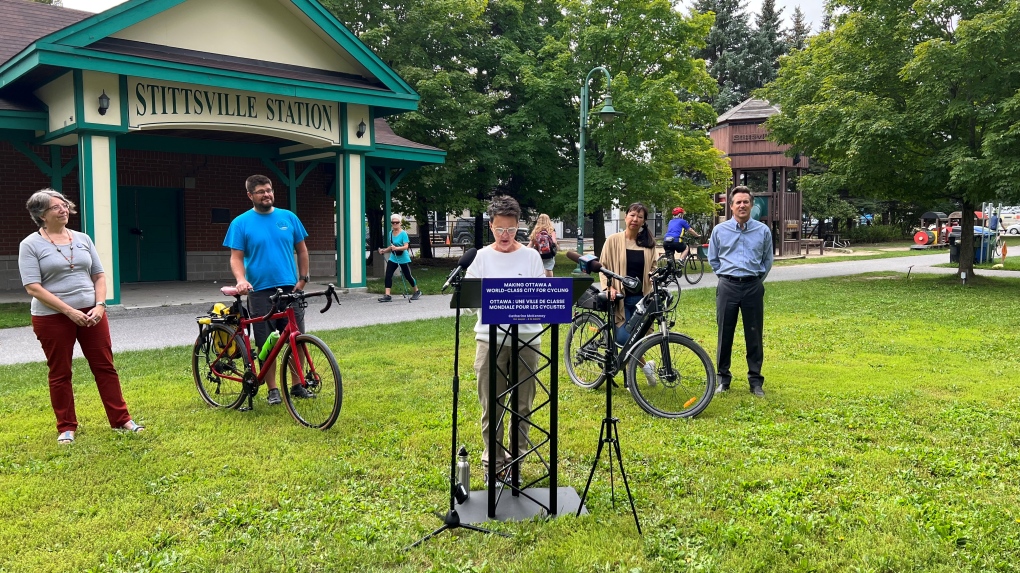 Mayoral candidate Catherine McKenney has announced a $250 million plan to speed up cycling infrastructure in the city, promising to build 25 years of bike lanes in one council term.

“As mayor, I will transform Ottawa into one of the best cities in the world for cycling,” McKenney said in a press release.

McKenney said the project would be funded by a $250 million green bond to build bike paths and multi-use trails.

According to the Smith School of Business at Queen’s University, a green bond is a financial debt instrument used to borrow money or raise funds for legally documented green projects.

McKenney says the move would save on escalating future construction costs and also save on road wear and tear as more people use bicycles instead of cars.

“We need protected bike lanes that allow more people to feel safe and comfortable getting around this city on bikes. Bicycles are good for our health and for our environment. They give people the opportunity to get out of their cars, to help them explore a whole new side of our city,” they said.

The City of Ottawa has over 1,000 kilometers of bike paths and multi-use trails, including bike paths that are maintained during the winter months.

“Since 2003, the total length of facilities that accommodate cycling and other modes of active transportation has steadily increased in Ottawa. These facilities include bike paths, bike paths, paved shoulders, multi-use paths, as well as National Capital Commission multi-use paths in the city. Many of these facilities, including multi-use pathways and bicycle/pedestrian bridges, are also shared with pedestrians,” Active Transportation Planning Program Director Zlatko Krstulic said in a statement to CTV News Ottawa.

Other mayoral candidates were quick to criticize the plan.

“Beware of any politician who says taxpayers won’t be responsible for something,” Bob Chiarelli said. “Green bonds are just a code to borrow more money. The city is broke.

At least one other candidate has promised to build cycling infrastructure. Bernard Couchman’s website includes a promise to connect the city east to west with bike paths.

This is McKenney’s second major platform announcement this week, following a pledge to freeze transit fares and make OC Transpo free for riders 17 and under if elected. .


–With files from CTV’s Jérémie Charron.

5 women reveal how menopause* changed their lives – for the better