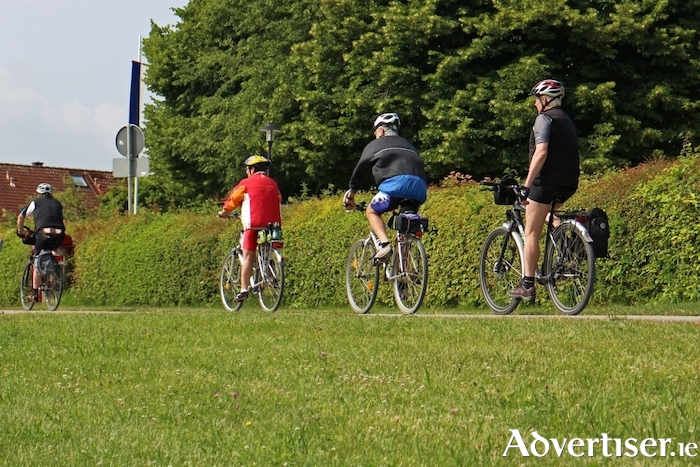 Funding of more than â‚¬ 6 million for pedestrian and cycling infrastructure in County Galway has been announced by local Fine Gael TD and Minister of State at the Department of Transport, Hildegarde Naughton.

The major investment under the government’s active travel strategy will see the development and improvement of footbridges and cycle paths across the county, as well as the implementation of a number of safety measures to protect pedestrians and cyclists.

The funding envelope includes a series of projects aimed at improving connectivity between amenities, transport hubs and residential areas in order to make commuting on foot or by bicycle more feasible and attractive.

These include a â‚¬ 200,000 investment in bicycle racks at key locations in towns and villages across the county, including Moycullen, Oranmore, Clifden, Claregalway and Headford. Road safety measures adjacent to Claregalway Secondary School will also be implemented as part of a â‚¬ 490,000 school safety investment.

The popular hiking route from Oranmore Village to Rinville Park will undergo a major upgrade along with three other nearby locations as part of a â‚¬ 470,000 pedestrian path improvement program .

Minister Naughton said the substantial funding from County Galway would provide residents with attractive alternatives to car travel, while encouraging people to get out and get active.

â€œThe funding I have provided through my department will dramatically improve connections between residential areas, transit hubs and popular amenities, providing more options for commuters whether they are traveling for work or recreation, â€she said.

“It’s good for the environment both ecologically and aesthetically, as it will reduce the number of cars on our roads, and also make our towns and villages more attractive with the addition of this infrastructure.”

A total of â‚¬ 365,000 will be used to improve existing sidewalks at seven sites, including Barna, An CeathrÃº Rua, Na Forbacha, Cill ChiarÃ¡in and Carna; while Headford is one of seven other sites that will undergo similar work as part of a â‚¬ 400,000 investment.

Some â‚¬ 300,000 will be invested in pedestrian crossing projects and tightening intersections across the county, while â‚¬ 200,000 will be used for works as part of the Parkmore transport strategy.

A feasibility study on the provision of a coastal cycle path along the coastal road from Oranmore to Roscam will be funded as part of the allocation. This would improve access to Oranmore Station for people living east of Galway City.

“We will see significant improvements in active travel infrastructure across the county as a result of this investment, and work is now expected to begin immediately to complete these plans,” said Minister Naughton.