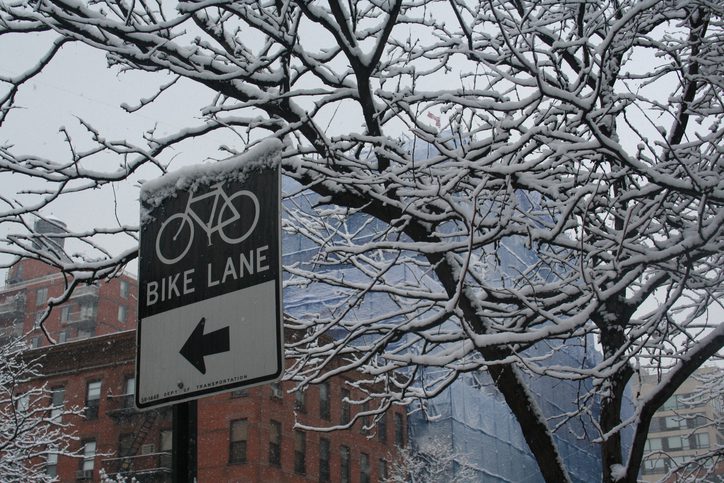 How cycling infrastructure affects our health and happiness

Robin Mazumder is a doctoral student in cognitive neuroscience from the University of Waterloo who will be presenting at the fifth Winter Cycling Congress which will take place February 8-10 in Montreal. Mazumder studies how urban design affects mental and physical health, and the perspective it brings to the conversation about winter cycling is informed by his own life experiences. Having worked and studied as an occupational therapist in mental health in Canada and abroad, he has helped rehabilitate patients from different backgrounds. What he observed is that there is a strong dynamic between people and their environment which has led to his current research.

â€œDisability is often the product of disconnecting from your environment,â€ he explains. â€œWe study different elements of urban design to understand their impact on people.

“We use cognitive neuroscience techniques to measure people’s stress,” says Mazumder of the research he is conducting in collaboration with Professor Colin Ellard from the Waterloo Urban Realities Laboratory. â€œWe can provide policy makers with hard evidence to help them make more informed decisions about urban design. “

Winter is a time of isolation for many. The coldest, darkest season of the year can make it difficult for people to travel to connect with their neighbors and communities. Mazumder says, â€œCycling infrastructure enables municipalities to adopt a fair approach to modes of transportation that gives everyone a dignified way of getting around.

Building separate cycle paths in many parts of Canada, where winter takes its toll on our streets, is so valuable because it has measurable impacts on people’s mental stress, says Mazumder. In winter, slippery roads can be dangerous for cyclists. A fall on a protected cycle path results in bruising to the buttocks while a fall on an unprotected street could have much more serious consequences.

â€œWinter really shows why bike lanes are so important,â€ he says.

Another benefit of making cycling more accessible in winter is physical. â€œGoing out and exercising in the winter is just good for you. Fresh air and sun exposure, especially in a season when people are less active, have both mental and physical benefits. “

Cycling infrastructure can be a divisive issue, however, and politicians often address the majority of their constituents who are drivers. In order to help build urban areas that functionally serve the residents of our cities, Mazumder says research and data have an important role to play.

A better understanding of our urban environments will be helpful when politicians sit down to consult with the public. â€œCities need more data to make informed decisions. Quickly implementing pilot projects, he said, is a great way for cities to collect data and show people that separate infrastructure makes cycling a viable form of transportation.

â€œWhen there is a well thought out and implemented infrastructure, a community is formed around it. When I was working in Edmonton, a group grew up around bike paths that would travel together. Mazumder says it’s these subtle benefits that demonstrate the real impact cycling can have on people’s lives. â€œThose who speak out are often privileged, but it is important to understand that as a result, more marginalized people also have access. “

Mazumder says that riding in the winter also changes the perspective of people, including his own. â€œWhen I moved to Edmonton and started cycling, I invested money in tires for the winter. I was amazed at how much winter riding changed my perspective. I was excited to get out, â€says Mazumbre of his decision to get into the bike despite some hesitation. â€œIt can have a huge impact on people’s mental health. If it goes from a crappy season to â€œcan’t wait to cycle to work and do my errandsâ€ it can be a big positive. I would look forward to another snowfall due to the tranquility and silence of the roads. There is something magical about it and there was

â€œIt can have a huge impact on people’s mental health. If it goes from a crappy season to â€œcan’t wait to cycle to work and do my errandsâ€ it can be a big positive. I would look forward to another snowfall due to the tranquility and silence of the roads. There is something magical about it and it was fun to walk through it. It is very important for our happiness.