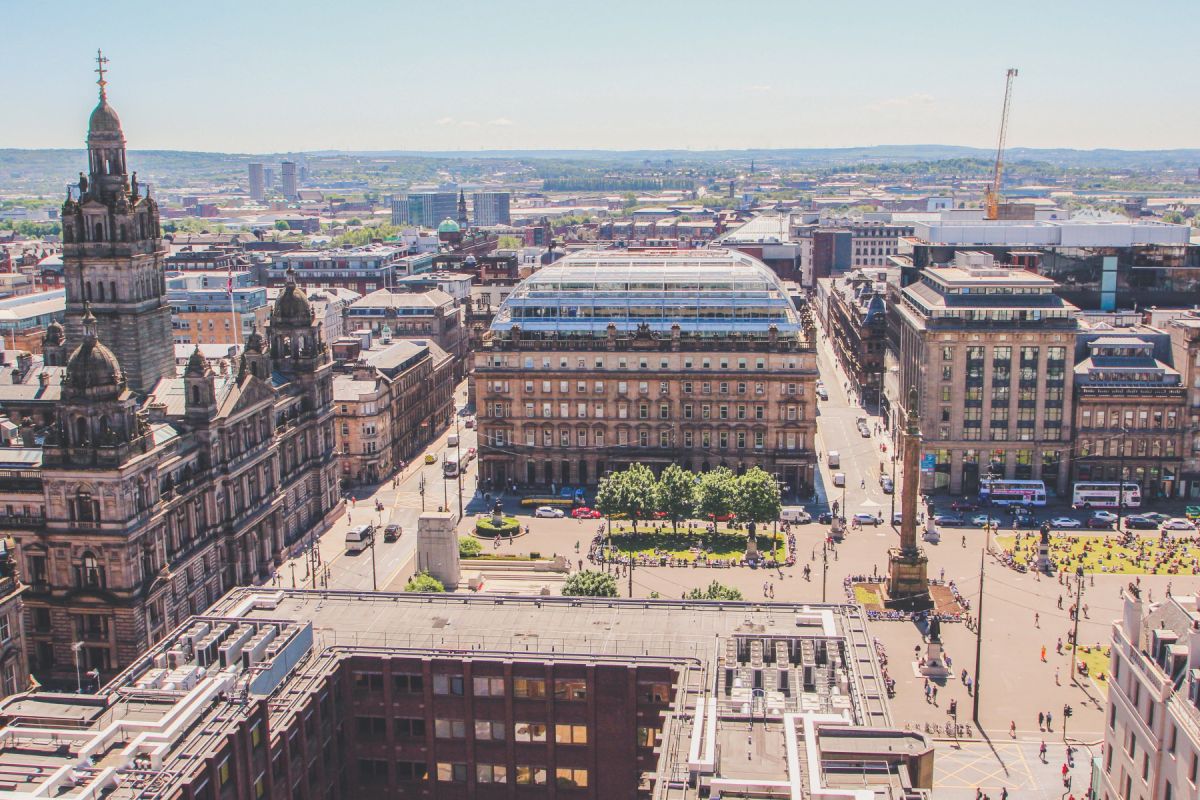 Glasgow has unveiled plans to build a city-wide network of active transport infrastructure, which includes 270km of high-quality cycle routes and footpaths along the Scottish city’s main roads.

In an effort to reduce the city’s carbon footprint, Glasgow is encouraging people to cycle rather than drive through improved infrastructure. The network is designed to ensure people have access to safe, separate routes from their homes to schools, key amenities and cultural destinations across the city.

Every home in Glasgow will be no more than 800m from separate cycling infrastructure, while the network is designed to ensure schools are within 400m of major active travel routes. It is expected that the cycle paths will allow anyone to reach major parts of the city within 30 minutes, creating ease of access with an emphasis on safe routes as well.

Councilor Anna Richardson, the city’s sustainability and carbon reduction coordinator, believes the active transportation network will drive widespread change by encouraging more people to use walking and cycling as preferred modes of transportation.

Councilor Richardson said: “Safety is the main reason people are discouraged from using active travel and in particular cycling. By creating a network of cycle paths and associated sidewalks that reaches every corner of the city, we will maximize travel opportunities to be the first choice for daily commuting.

“Encouraging a shift to the most sustainable form of transport available to us can make a major contribution to Glasgow’s efforts to tackle climate change.”

The network will cost around £470million, with work to engage with the Scottish Government already beginning to access financial support from the national active travel budget.

The number of cyclists has increased dramatically in recent years, leading to demands for improved infrastructure for cyclists around UK cities and roads. London is another city that has already implemented dedicated cycle lanes, although some people still object.

British presenter Jeremy Vine has taken to Twitter to challenge people’s arguments that cycle lanes are often left empty, saying cyclists will use them when they are safe to do so.

When it comes to bike lanes, there are THOUSANDS of people who won’t cycle around their city until it’s safer. So you have to build the corridors first, then wait a bit for them to gain their trust. So please stop with the “empty lanes” thing. It takes time. ❤️🚴🏼October 7, 2021

“When it comes to bike lanes, there are THOUSANDS of people who won’t cycle around their city until it’s safer,” Vine said. “So the lanes have to be built first and then we have to wait a while for them to have their trust. So please stop with the ’empty lanes’ thing. It takes time.

“Saying ‘there aren’t enough people on bikes to justify building a cycle lane’ – known as the Kensington argument – is like saying wait until the planes are in the air.” air before building airports.”

Although Vine refers to London’s use of cycling infrastructure, the debate remains with Glasgow now opting to support an active travel network.

As Glasgow’s plans indicate, the active transport network will not only help keep people safe when cycling in the city, but will also encourage others to start doing the same with the aim of reducing their carbon footprint.

Glasgow’s strategy will go out for public consultation from mid-October.