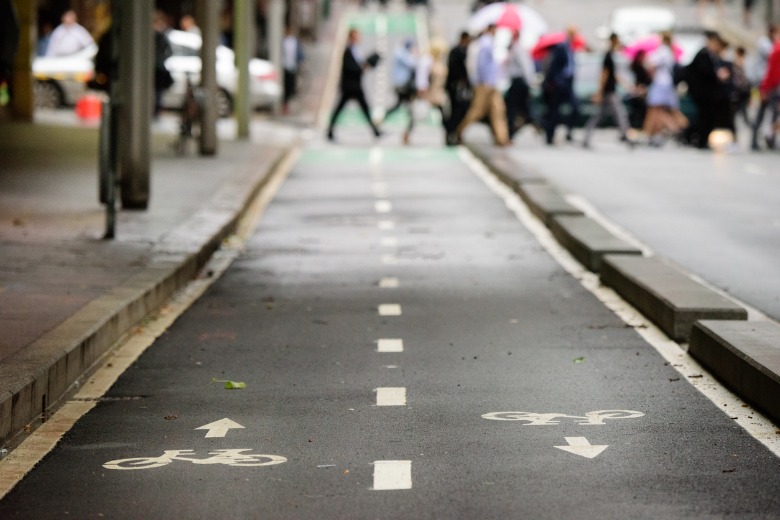 Cycling infrastructure is becoming an economic imperative for local governments and businesses in their district, according to Fiona Campbell, long-time cycling advocate and director of cycling strategy for the City of Sydney.

Good public cycling infrastructure has become essential for attracting people to live and work in an LGA – as well as for businesses to locate and grow in an area, she says.

Fiona will share her challenges and successes as a cycling champion in local government when she speaks at Australia’s first national micromobility conference in November.

She is one of a growing list of high-calibre speakers who will be presenting at the Micromobility Conference at Randwick Racecourse in Sydney on November 25-26.

With many years of experience as a leading advocate for cycling, Fiona will share her insights, lessons learned and tips on successfully implementing cycling networks.

In her previous life as a seasoned computer programmer, Fiona was an executive of the Cycling Promotion Alliance, vice-president of the Bicycle Federation of Australia, was a trustee on the board of directors of the Pedestrian Council of Australia, wrote submissions for Bicycle NSW and was a cycling representative. on the Australian Cycling Council and the National Road Safety Strategy Panel. In 2019, she received a National Leadership Award at the Cycling Luminaries Awards, organized by leading cycling lobby organization We Ride Australia.

Fiona joined Sydney City Council in 2008, giving her an insider role in the development of local government cycling policy and community engagement to support it.

“That makes it a place that attracts business.”

She said there is overwhelming community support for active transportation infrastructure “because it makes so much sense. It’s not an ideological thing.”

The City strengthens its commitment to active transportation

The City of Sydney is strengthening its commitment to active transportation infrastructure.

In recent years, he has invested an average of $11 million, but is now well above that figure.

“Now we’re going back and making some of these pop-ups permanent and really upping the tempo of the projects. At the moment we have five projects in the works.

Construction of a long-awaited segregated cycle lane on the main thoroughfare of Oxford Street will start in around 12 months and take just under a year.

Fiona said while there is greater general support for active transportation infrastructure, there are a number of steps councils and cycling advocates can take to increase the likelihood of projects coming to fruition.

There will inevitably be opponents to cycling projects and it is important to show decision-makers the number of silent supporters.

“It’s really important to do either door-to-door, or a proper phone survey that’s representative, or something that shows decision-makers that the level of community support is actually much stronger than the perception that ‘They’ll just get from the letters they get,’ she explained.

Fiona said councils could also benefit from having multiple projects in the planning stage.

“Feed your pipeline because that’s what’s served us really well,” she said.

“So in 2019 my colleague Beth did a tremendous amount of work looking at all of the processes and procedures that we have – the external processes asking for approval and the internal processes, how we do procurement, materials and decision, what can we do to build faster.

“As a result, we had more design concepts ready for development when COVID hit, and that’s what allowed us to seize the opportunity with COVID.

“Since then we have continued to do so, having many design projects in progress, so we have projects ready to go. One in two of them will always encounter a problem or a delay, which means that we we still have other projects with which we can continue.

She said companies are also investing heavily to provide on-site end-of-trip facilities and capitalize on the trend towards active transportation.

Over the past four years, businesses in downtown Sydney have invested $57 million in end-of-trip facilities.

“This is more than the state government is investing in this area and it shows employers are keen to ensure their staff can choose a healthy option to work for,” she added.

She said they were building facilities in new buildings and retrofitting existing buildings, and “not because they had to, or because of council regulations.”

Comment below to have your say on this story.

If you have a story or whistleblower, contact us at [email protected]