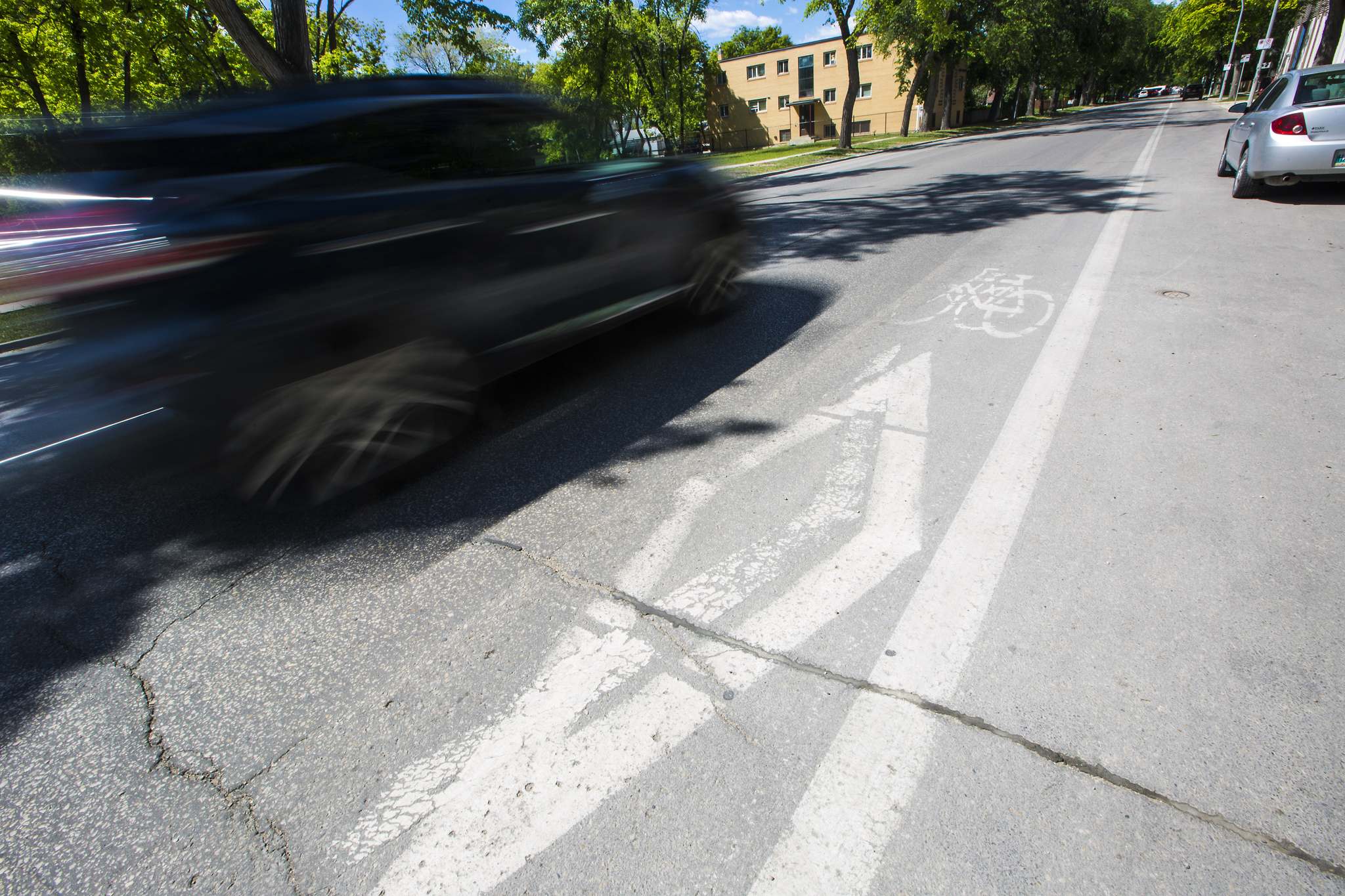 Hello, time traveler!
This article was published 07/29/2021 (374 days ago), the information it contains may therefore no longer be up to date.

During the pandemic, many Winnipeggers have decided — to borrow a line from legendary rock band Queen — to get on their bikes and ride.

Cycling was a way to exercise at a time when gyms were closed, a head-lifting activity to ease stress, and an opportunity to commune with nature after months of confinement at home. Winnipeg’s Open Streets pilot project, which launched in 2020 and saw the expansion of the city’s annual bike lanes on Sundays and holidays, has gotten even more people out on two wheels, largely because they felt safe to do so.

Instead of focusing on issuing tickets for cyclists using sidewalks, Winnipeg could be better served by prioritizing safe and accessible cycling infrastructure, especially in areas of the city where there is none. steps and in areas where sidewalk users are disproportionately ticketed.

We don’t really know where to put people on bikes in this city. Cyclists are not motorists or pedestrians. And yet, in many areas of the city, if they don’t share the road with one, they share the sidewalk with the other.

Winnipeg’s cycling infrastructure has slowly improved over the past decade with the arrival of dedicated off-street bike lanes as well as protected, buffered and painted on-street bike lanes. But this mix of infrastructure is mostly connected in a city-wide network by so-called “informal on-street routes,” which are just streets considered low or moderately stressful for cyclists.

On the Winnipeg cycling map, caution zones are circled in red. As you might expect, many of them are intersections.

In many neighborhoods, especially those in the northern parts of the city, informal on-street routes are largely the only cycling infrastructure that exists. This means that riding a bicycle in many parts of the city – especially if one is a commuter cyclist – inevitably means riding with traffic, often moving at high speeds. On busy stretches where bikes are often crowded with cars or near-constant construction, the safest choice is clear.

According to Statistics Canada and data from the Canadian Vital Statistics: Deaths Database, 890 cyclists died in Canada between 2006 and 2017, for an average of 74 deaths per year. Seventy-three percent of these deaths are the result of a collision with a motor vehicle.

Pedestrians are also killed by motor vehicles in Canada; 332 in 2018. Pedestrians were killed by speeding cyclists in other places as well, although such incidents are significantly rarer.

The bottom line is that everyone needs to slow down; everyone must follow the rules of the road. Mixed paths are frequently shared by pedestrians and cyclists, who must respect the rules of etiquette by announcing their presence with a bell or a simple “on your left”. Cyclists must obey traffic rules and motorists must realize that bicycles have a right to be on the road.

The increased interest in cycling shows that there is an appetite for safe, fair and accessible cycling infrastructure in this city. Until everyone can stay in their dedicated lane, we need to find a way to share without being punished.

The right guide to cycling infrastructure