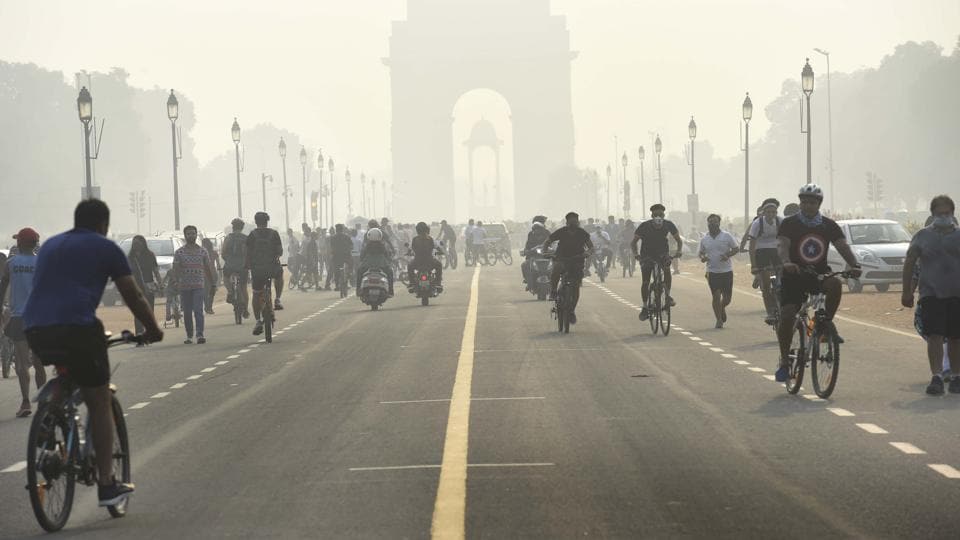 The central government is drafting guidelines to develop cycling infrastructure in the country, including interventions such as separate lanes, shared streets and intersections.

The guidelines will be shared with cities as part of the Union Ministry of Housing and Urban Affairs’ Smart City mission by Tuesday, October 20, officials familiar with the development said.

â€œThe design guidelines contain national standards and processes for creating cyclist-friendly streets, including interventions such as separate lanes, shared streets and intersections. It also contains details on parking management and additional design elements such as bicycle parking, signage and street lighting … The next phase of the document will contain implementation details and methods to measure the impact of the interventions, â€one official said.

The ministry launched the Cycles4Change Challenge on June 25. The challenge aims to help cities connect with the public and experts to develop a unified vision to promote cycling. Cities are encouraged to collaborate with experts and volunteers as they develop and implement their plans. Citizen collaboration will also be a key measure in the evaluation of the proposals submitted by the cities. India The Institute for Transport and Development Policy (ITDP) program assists the government in drafting the guidelines.

Previously, authorities at the Indian Institute of Technology (IIT) -Delhi had prepared a master plan for cycling for the nation’s capital about ten years ago.

The master plan was never implemented.

On June 10, HT reported the Center’s recommendation for states to plan cities with pedestrian-friendly markets and more cyclists in a post-coronavirus (Covid-19) world.

â€œAs lockdown restrictions are gradually relaxed, the need for social distancing, especially in markets, will remain. The pandemic offers us the opportunity to re-imagine the streets for the public. To make Covid-19 market areas safe and user-friendly, cities should consider the use of sidewalks thoroughly. The need for personalized transportation is also expected to increase in response to Covid-19. Cities around the world are taking the opportunity to significantly expand their cycling network, â€the ministry said in its letter to the states.

According to a survey conducted in June by the ITDP’s Indian program to understand public travel choices after Covid-19, results showed cycling would increase by up to 65%, as cities lifted restrictions on locking.

According to the ministry, of the 107 registered towns, 54 had formed an official core team to work on cycling infrastructure.

These cities had conducted perception surveys to understand public opinion on cycling. Of those surveyed, 95% and 95% of women and men, respectively, said they would use the bicycle if their cities had better infrastructure for this mode of transport.

â€œCities are encouraged to contextualize these resources using the test-learn-scale approach and to present their learning in workshops. The challenge also focused on key stages of the process, such as forming an official team, ensuring women’s participation, and collecting public feedback at each stage. Cities are also encouraged to initiate other interventions such as public bicycle sharing (PBS), rental programs, repair clinics and parking projects. These should be well integrated and connected to transport stations, public spaces, institutions, etc. The official said.

â€œStage 1 of the India Cycles4Change Challenge requires cities to consider at least one corridor to test separate cycle paths and one neighborhood to make it safe for using this mode of transport. A minimum of five kilometers (km) of continuous corridor and a neighborhood area of â€‹â€‹up to five square kilometers (square) is considered a pilot intervention. By December 14, cities should test the pilot with their communities and document the impact of the interventions, â€the official said.

About 370 km of streets and 210 km2 have been identified for the pilot corridor and the neighborhood area, respectively.

At least 35 cities have initiated work in this direction. Work is underway to create and test the design solutions, he said.

â€œAll cities under the Smart Cities mission are encouraged to use project funds for interventions in both stages of the challenge. We will reward 11 cities with a price of Rs one crore each when we move to the second stage, â€he added.