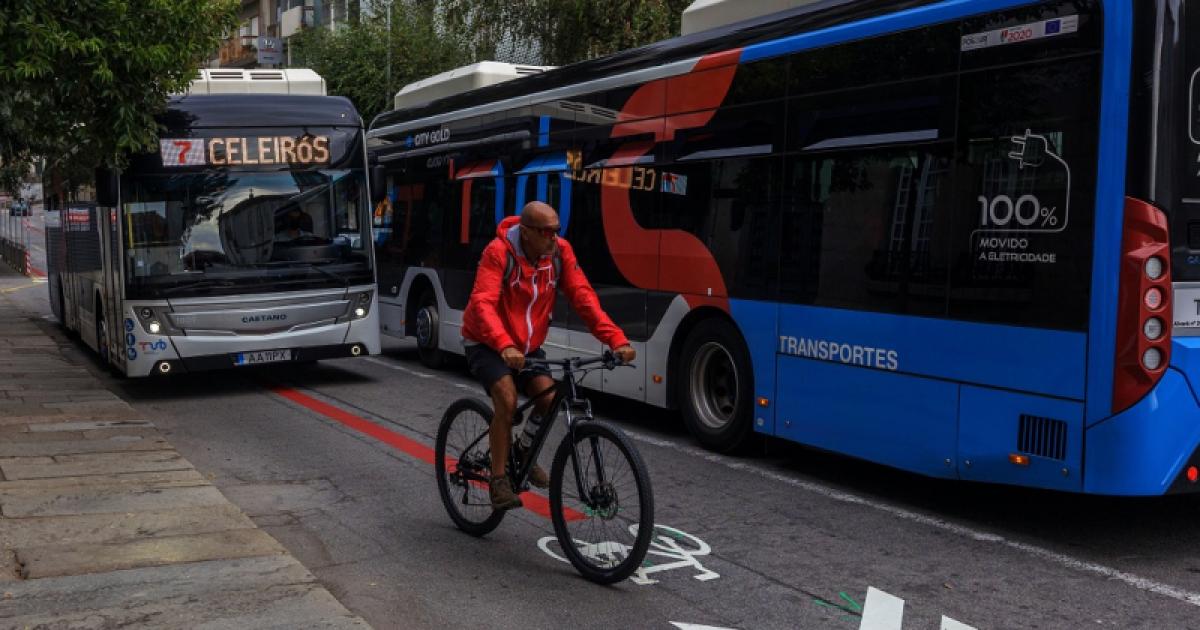 The goal is to encourage cycling, kill motorized speed and increase road safety

The city of Braga has announced that it is implementing the pop-up model of shared roads between cars and bicycles. This is part of a project to promote road safety and cyclist mobility which tests new strategies for the circulation of bicycles. The idea is also to connect the network to the center of the city, to schools and other centers to generate more mobility in secondary streets.

In addition to encouraging alternative modes of mobility, and therefore cleaner and quieter air, city authorities predict that the transformation should occur in a way that also increases road safety. To this end, the speed of circulation in residential areas and near schools has been limited to 30 km / h.

Pop-up model calls on motorists to share the road

The traffic calming measures have been designed to draw the driver’s attention to the need to coexist with other modes of transport and to reduce the speed of traffic on the roads concerned.

In this context, the first phase of the plan consisted of painting bicycle symbols on the roadway, as well as signs for a maximum speed of 30 km / h and a continuous burgundy on the axis of each lane on which cyclists can circulate. . line The color corresponds to that to be used on regular cycle paths and in parking lots. These markings create a very striking visual effect which sensitizes motorists and increases their attention.

In a second phase, additional traffic calming measures will be created, such as narrowing traffic lanes in specific areas and creating central cycle lanes 1.50 m wide in asphalt, in streets including the current paving is in granite cubes. The intention of this mixed road surface will be to make it comfortable for bikes, while leaving some friction for the wheels of the cars.

The implementation of these measures will serve as a platform for the efficient transformation of daily traffic, in a process which is expected to become progressively more inevitable. The incentive for soft modes instills a growing demand effect and will lead the Municipality to have more information for the implementation of physical measures.