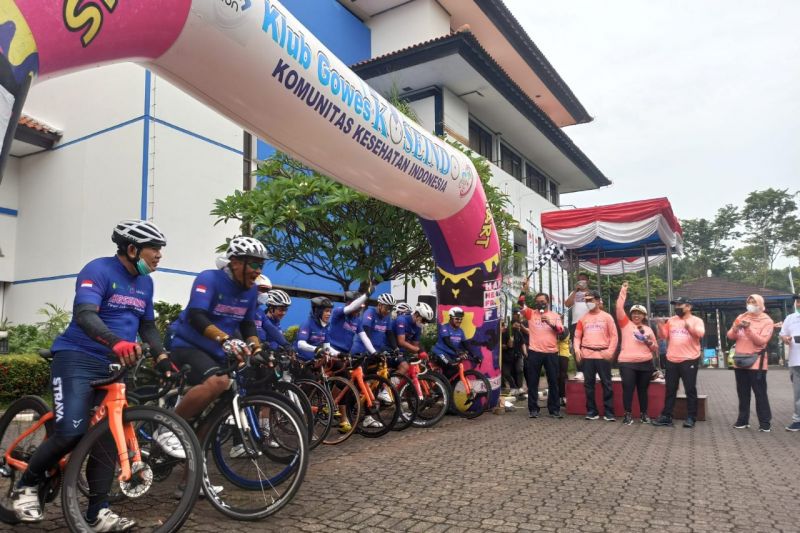 Stunting must be known and understood by the entire population, especially adolescents and young people in Indonesia,

â€œThe biking around Bandung is done with a stunting prevention campaign for the youth and adolescents of Bandung,â€ said Sukaryo Teguh Santoso, movement and information advocacy assistant for BKKBN, in her written statement. here Sunday.

â€œThe cycling event will also be held in Jakarta on December 19, 2021 with the inauguration of a stunting prevention clinic at the National Police Hospital,â€ he added.

He explained that the event was organized in cooperation with Koesindo (Indonesia Health Community Cycling Club) on December 11-12.

The event is a public campaign to raise awareness among the Indonesian people, especially adolescents and future married couples, about the importance of maternal and child health in preventing stunting.

This information relates to the definition of stunting, as well as the short and long term effects of the disease on children.

Short-term effects include the impact of stunting on children’s intelligence and physical growth, while long-term effects cover the decline in children’s cognitive abilities and the risk of metabolic disease.

â€œStunting needs to be known and understood by the whole population, especially adolescents and young people in Indonesia,â€ Santoso said.

â€œTherefore, stunting prevention efforts should be made as early as possible, possibly starting in adolescents, pre-marriage and the period of pregnancy,â€ he continued.

Indonesia’s rate of stunting is currently 27.67 percent, he noted. Therefore, based on President Joko Widodo’s directive, the government aims to reduce the prevalence of stunting in Indonesia to 14% by 2024.

In order to achieve this goal, the stunting rate should be lowered by nearly three percent each year.

To this end, Santoso expects all parties to work together to edify the public in order to reduce the rate of stunting in Indonesia.

“To avoid stunting, BKKBN will certainly not work on its own. It requires cross-sector collaboration,” he explained.

â€œThe cooperation with Koseindo through the Jakarta-Bogor-Bandung Cycling Tour activity is one of the effective methods to encourage Indonesians to care about the prevention of stunting,â€ he noted.