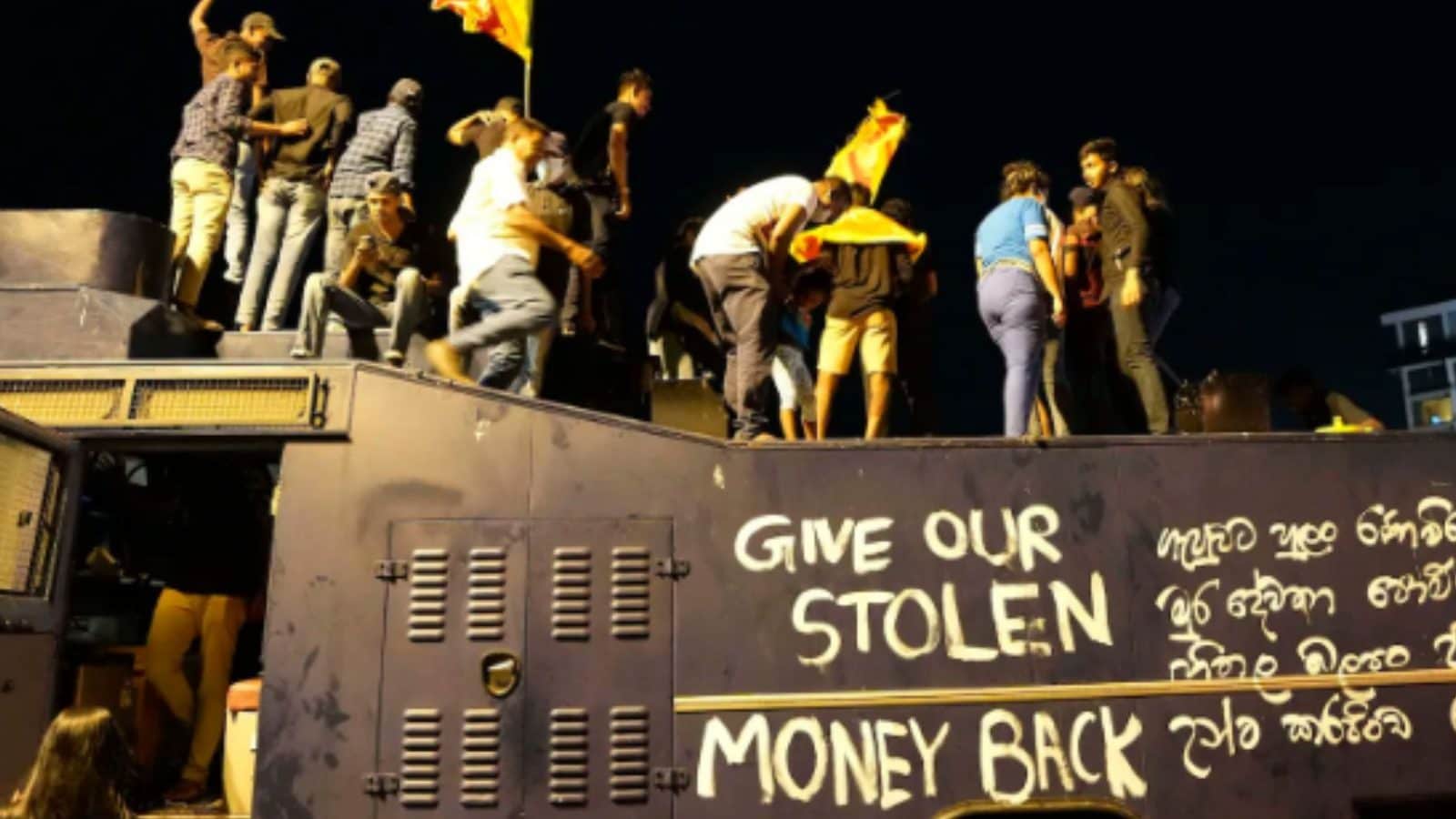 Protesters stormed the presidential palace and burned down the prime minister’s private home even after he offered to resign.

At present, the Sri Lankan government owes $51 billion and is unable to pay the interest on its loans. The country faced immense losses in the tourism sector, a major driver of economic growth, due to the pandemic and security concerns after the Easter attacks in 2019. Its currency collapsed by 80% , making imports more expensive and worsening the inflation that has already come out. control, with food costs up 57%, according to official data.

As the country rushes towards bankruptcy, here are the key leaders who are behind the current political crisis:

President Gotabaya Rajapaksa: The man, who was 60% elected among Sinhalese Buddhists, has been in hiding since the second uprising in Sri Lanka. The 73-year-old president will step down on July 13 amid protesters occupying the presidential palace who refuse to leave until he and other leaders stand down. According to PTI, Gotabaya’s only external communication was with Speaker of Parliament Mahinda Yapa Abeywardena, who announced his resignation late Saturday night.

Gotabaya has been called a “savior” by the people of Sri Lanka for leading the country’s military against LTTE rebels. He won the 2019 Sri Lankan elections after his supporters felt the need to lead the country after the despicable 2019 Easter bombings in which around 250 people were killed.

He has been charged with corruption and faces civil lawsuits in the United States for allegedly torturing a Tamil. He was reportedly linked to the murder of an editor in Colombo in 2009.

Prime Minister Ranil Wickremesinghe: Amid the announcement of the resignation of President Gotayaba Rajapaksa, Wickremesinghe should take the reins, according to the Sri Lankan Constitution. However, the parties are reluctant to accept him for the top job because he is not a “people’s leader” and unfit to lead the country in crisis. Protesters set fire to his private home after he offered to resign.

Mahinda Rajapaksa: Known as the patriarch of the Rajapaksa clan, Mahinda has resigned as Prime Minister of Sri Lanka after protesters held him responsible for the country’s worst economic crisis. Previously, he was reluctant to step down despite mounting pressure and the alleged rift between the two brothers in running the country. But he resigned after his supporters outside President Gotabaya’s office attacked protesters, injuring dozens, calling for a nationwide curfew.

The Rajapaksa family became more powerful after the April 2020 general election after their party, the People’s Party of Sri Lanka won big, allowing them to amend the Constitution to
restore presidential power and delegate family members to power.

President Mahinda Abeywardana: According to reports, the President will take over as interim president after Gotabaya steps down on July 13, paving the way for a multi-party government. Once the political situation is under control, the caretaker government will call general elections to elect a new parliament, according to a report by the Hindustan Times.

Army Chief General Shavendra Silva: The head of the Sri Lankan army asked for the support of the people to maintain calm and peace. Colombo Gazette reported that he said an opportunity has arisen to resolve the current crisis peacefully. The statement was released after violence was seen in Galle Face and Fort on Saturday and Ranil Wickremesinghe’s house was set on fire.