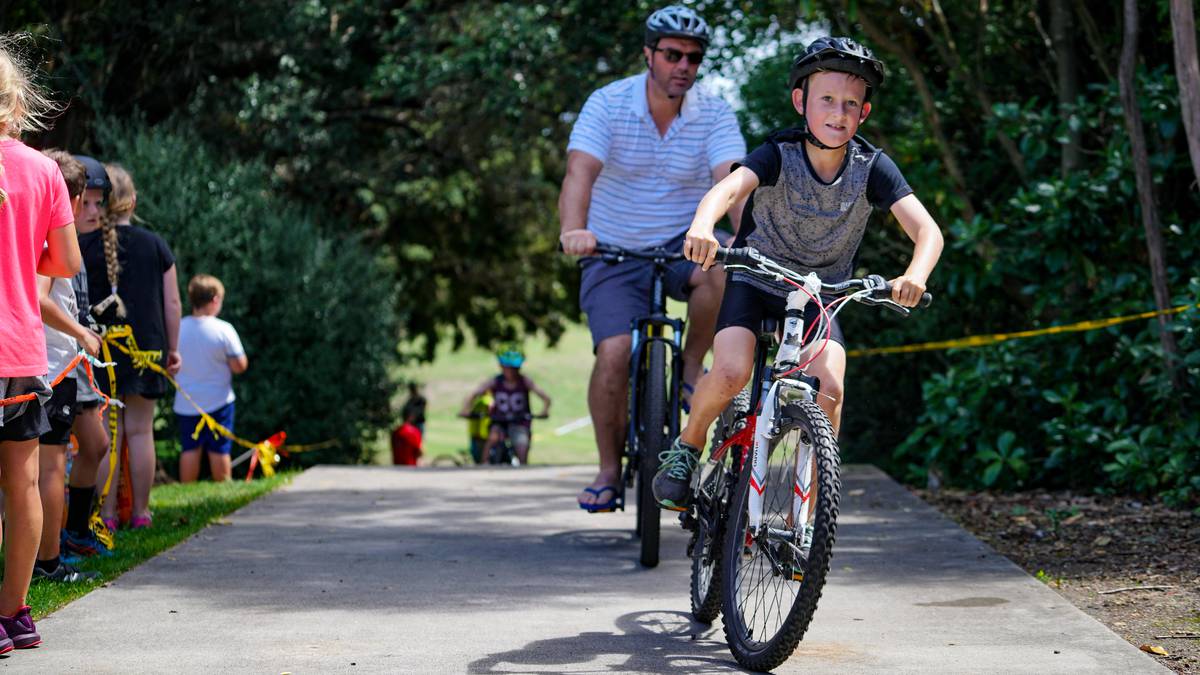 Yesterday, more than 100 children showed up on St Johns Hill grounds to compete in the first of three bike racing events held in Whanganui.

For the past five years, the Wanganui Mountain Biking Club has organized this series to encourage young people to develop their cycling skills in a fun, family atmosphere.

“We had a fantastic turnout this year and the kids and parents really seem to be enjoying it.”

All children, aged 2 to 13, receive their specially adapted helmets before participating in a race around the school grounds.

Prizes included a chocolate fish, a voucher for a McDonald’s burger and entry into a contest to win a bicycle provided by the Bike Shed.

Every year there is a â€œParents Ride the Kid’s Bikeâ€ race – and the smaller the wheels, the better. This year has not been disappointing.

Mr Mcilray said it looked like all the fathers had entered this year.

On Sunday March 4, the second event will take place on the new Westmere School bike path, followed by the final race on Sunday March 18, at the YMCA grounds.

Riverside sells its stake in Bike24 to WiggleCRC, a competing online cycling equipment and clothing retailer