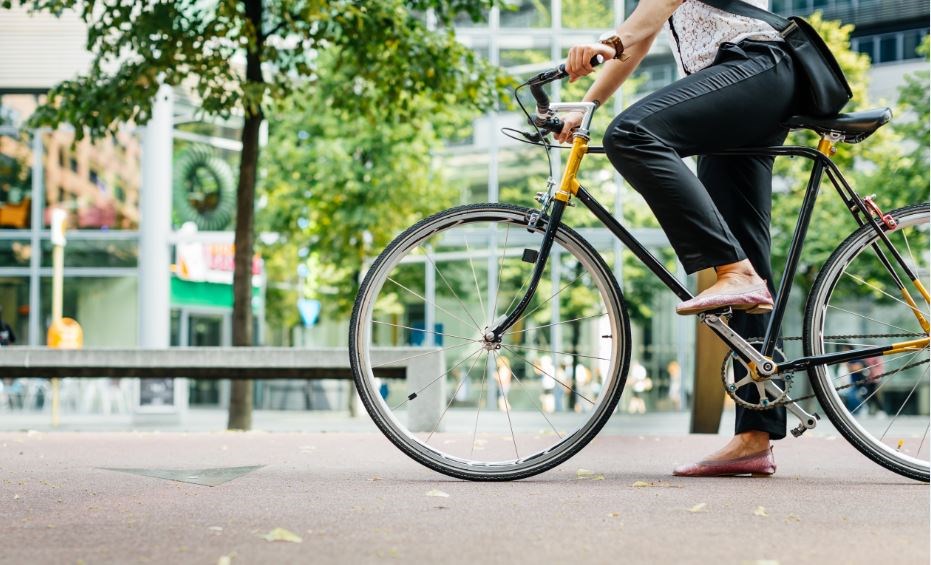 New Westminster is on the path to creating a cycling network for all ages and abilities.

The motion, approved at September 27 board meeting, also asked staff to develop preliminary AAA designs and standards and report back to the board with an ambitious timeline for the implementation of the core AAA network and an implementation timeline that can be incorporated into a plan five-year capital for consideration by the board.

â€œThe time is right,â€ Johnstone said. â€œThe pandemic has really caused a generational change in the way people move in North America, in the cities of North America. The adoption of bicycles has been so rapid in North America over the past two years that stores are running out of bicycles and parts to maintain them.

Johnstone said there had also been “a revolution” in electric bikes and personal transporters like electric scooters. He said this has opened up active transportation to people who previously didn’t see it as a viable option.

â€œThe adoption of it has really correlated with cities that have built safe infrastructure,â€ he said. â€œIt doesn’t match the weather. This does not correlate with the relief of the cities or the demographics of the community, but with the investments that local governments make and ensure that these modes of transport are safe and accessible for all.

While â€œexamples abound,â€ Johnstone pointed out that Paris is a city that is committed to creating 1,000 kilometers of cycle paths as a key part of its vision for the city in 15 minutes. (In this model of town planning, cities are created in such a way that residents can access their various needs, such as housing, work, services, and parks, within 15 minutes on foot or by bicycle.)

â€œThey’ve transformed their city now. They see almost a million bike rides a day, â€Johnstone said. â€œThe City of Light is now the city of bicycles.

Closer to home, Johnstone said Victoria has done â€œtransformativeâ€ work since adopting a five-year plan for an AAA cycling network in 2016.

â€œWith most of their network now installed, it has had incredible success,â€ he said. â€œVictoria has established itself in a few years as one of the most bicycle friendly cities in Canada.

Johnstone said the City of New Westminster has made positive improvements to active transportation since adopting its transportation master plan in 2015.

â€œBut I don’t think we really had a vision towards a truly completed AAA backbone that will connect all of our neighborhoods and all of our schools,â€ he said. â€œFor all ages and abilities, this is exactly it: we want to build routes so that everyone is comfortable and safe, whether they are eight or 80 years old. “

Johnstone said now is the right time to continue this work, as the provincial and federal governments are currently funding active transportation in a way they have never done before.

â€œNow is the time to get down to work,â€ he said. â€œAll I’m asking is that the staff provide us with the data we need, so that we can build this commitment into our five-year investment plans. “

Mayor Jonathan CÃ´tÃ© said the motion puts the city on the right track with the direction it wants to take in terms of sustainable transportation. He said the city is a leader in the region when it comes to the number of people using public transport and walking, but has not had the same success with cycling.

â€œI think one of the biggest hurdles is that some of our cycling infrastructure just lacks this connected and secure network,â€ he said. â€œOver the past few years, I think we’ve been working on improving our cycling network, whether it’s the completed greenway on Ewen Avenue or the project we are working on on Agnes Street in downtown New Westminster or the upcoming downtown project. But, what i think is missing, in fact we don’t know after uptown project what’s next.

CÃ´tÃ© said it’s important to develop a plan that defines upcoming projects in the future and incorporates them into a budget.

â€œI think the goal is really to fill in some of the gaps and fix part of the network so that we have this whole network where all of our neighborhoods can seamlessly connect,â€ he said. â€œAs has been mentioned, there has been significant adoption of cycling in communities around the world. You combine that with new technologies, with electric bikes and electric scooters, and I think there is a real opportunity, if cities are able to put in place the right infrastructure, to really take advantage and promote these new forms. travel.