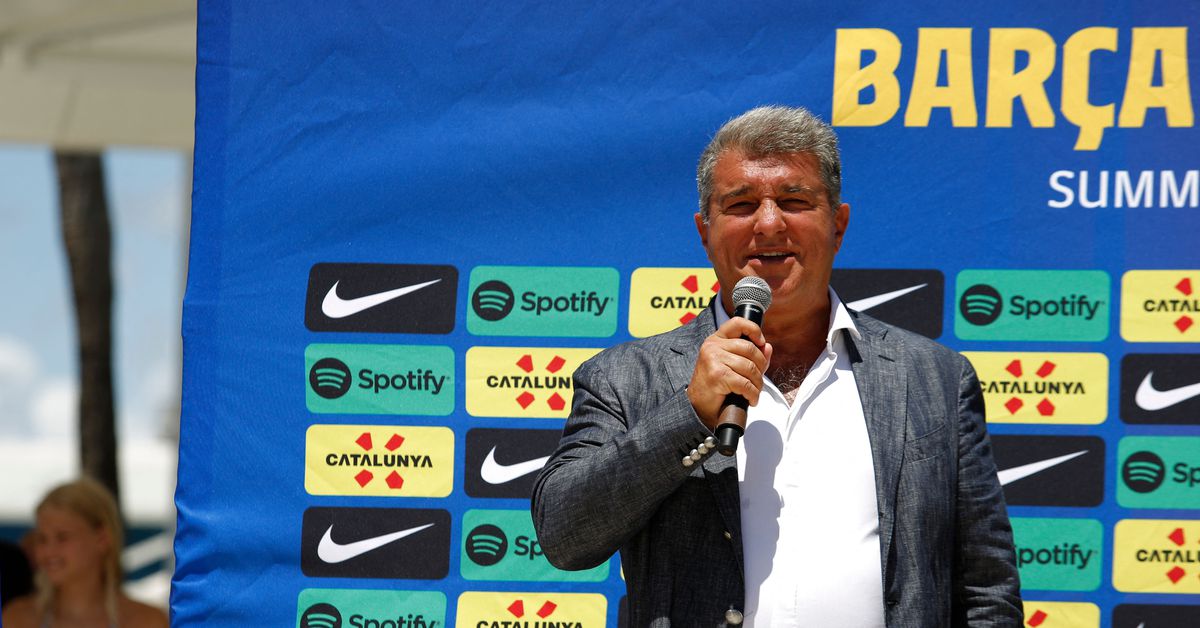 Barcelona president Joan Laporta gave an extensive interview to US media over the weekend, and one of the topics discussed was the state of the club’s finances.

It was widely publicized how bad things got for Barca regarding their debt, and Laporta had to take drastic measures such as selling 25% of the club. the league TV rights over the next 25 years. The economic ‘levers’ have been endorsed by club members and could yield up to €600m on a deal with investment firm Sixth Street.

The deal allowed the club to pay short-term debts and invest heavily in the transfer market, and Barca regained their financial competitiveness after just one year of Laporta’s rule.

The president told CBS Sports how the process of getting the books in order went and said steps needed to be taken to avoid bankruptcy and return to financial health.

“We had to get out of the hospital. A year ago, it was almost Chapter 11. We had to work very hard to turn the financial situation around and avoid bankruptcy. I can proudly say that we did. A year later, we are in positive equity. Its very important. This season we have 1 billion euros in turnover and 124 million euros in profit. It means we are getting better and better.

“And now we have sold the 25% of our LaLiga TV rights for 25 years. Honestly, I didn’t want to do it, but I had to do it to save the club. I want to thank Sixth Street because we have reached a very good agreement for both parties. We had higher offers but this was the right one for us. And we have enough now, within the framework of financial fair play, to buy players again.

“It was very tough. But my expertise is in dealing with chaos. It also happened in my first period as president and I succeeded and we had the most successful period at the club. We had lucky, but that’s partly because we took care of all the little details. Now in this second half, it’s been more stressful but we have a strategy. The plan is “work, work and work” and thanks to all the people around me, the board of directors, my staff and my employees, everyone contributed to saving the football club.

“We are excited about the strategic partnership with Spotify. Two global brands capable of engaging, both of which are leaders, and we share a philosophy and values. What’s more, this has never been seen before – a partnership that unites football and music, sport and entertainment. He has enormous potential. When I arrived a year ago, Barça was in a very difficult situation. But thanks to the work we are all doing, we are now out of the hospital. Now we are healthy again and ready to compete.

There is no denying that Joan Laporta and the people around her have done a very good job of getting the finances in order, at least in the short term. Nobody really knows what impact the sale of TV rights will have on the future in a decade or two, but the team is competitive again and Barca fans can dream of glory after truly dark days. For that alone, Laporta deserves a pat on the back.