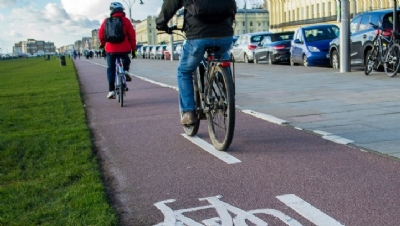 The package will fund a range of initiatives, including improving cycle and walking routes, the deployment of bike racks, cycling skills training and a national e-bike program.

Most of the media coverage for the announcement is about a new bicycle repair scheme, whereby any member of the public in England can apply for a Â£ 50 voucher, to be redeemed at a company offering bicycle repair services. The Ministry of Transport (DfT) has not yet announced the number of vouchers it will issue, but warns that the program is “limited”. It is hoped that the program will encourage people with used bicycles to use them again instead of choosing a car for short trips.

Other newspapers are proposing new measures that will allow NHS GPs to prescribe cycling to patients. The program, in which bicycles for hire will be offered free of charge by surgeries, is being tested in areas of England where public health is considered worse than average.

But elsewhere, the package includes a multi-million pound plan to build protected cycle lanes in cities – 12 of which will receive “intensive funding” to create ultra-low-traffic, ultra-cycling areas dubbed ‘Mini Hollands’. Changes have also been made to the standards for new cycling infrastructure, with the aim of ensuring that the new infrastructure is safer and of better quality than the existing UK stock, with future changes planned for the Highway Code .

It also delegates funds to local authorities to create “school streets” – roads where car use is prohibited or restricted during school hours – and to crack down on traffic violations. Metro mayors also benefit from a greater contribution in decision-making processes for major road networks.

Finally, the package includes a commitment for the DfT to roll out a national e-bike program by the end of 2020. Under this program, older people, people with pre-existing health conditions affecting their physical condition will be able to lend electric bikes. bikes at preferential rates.

Johnson called the package “the most important and boldest plans to date to boost active travel” and said his main goal was to ensure that “everyone can experience the transformative benefits of cycling.”

“We have a unique opportunity to create attitude change for generations to come and to get more people to choose to cycle or walk as part of their daily routine,” Transportation Secretary Grant said. Shapps.

Between the start of containment on March 23 and mid-April, the kilometers traveled by vehicles (VMT) in the United Kingdom fallen to the lowest level since the records began, dropping 56% in just one week.

Similar trends in travel have been documented across mainland Europe, with citizens being asked to work from home and non-essential businesses ordered to shut down.

Taking note of this, the national governments and local authorities of continental Europe, including those of Italy / Milan, have strengthened cycling infrastructure plans and bicycle rental programs.

There were concerns that transport emissions – which overtook electricity generation to become the UK’s most emitting sector in 2016 – could rebound after the lockdown without adequate government investment in active travel and public transport. Indeed, the first half of June saw a rapid increase emissions and air pollution attributable to road transport.

Johnson’s new measures aim to “lock in” the reductions in emissions and air pollution achieved in the wake of the pandemic. He and his ministers now face calls to develop an equally ambitious public transport package.

Among the organizations lobbying ministers is Greener Journeys, who this week published a cost-benefit analysis investment in local bus services after containment. Carried out in partnership with KPMG, the study shows how Â£ 2 billion in central government investment would generate 425 million additional bus trips outside of Greater London each year, an increase of 20%.

Each Â£ 1 of this investment would generate Â£ 4.48 of broader social, economic and environmental benefits, according to the research, with cost savings likely to be generated for the NHS and in the form of conserved natural capital.

The DfT is currently developing a national bus strategy and has said the policy package will be released by the end of 2020. It is also continuing work on its roadmap for the decarbonization of “every mode of transport” in line with the network. national 2050. goal zero.

The Irish Times take on cycling infrastructure: a tipping point